For many, alcohol can bring joy and happiness at social gatherings, but it can also be harmful if not consumed responsibly. Kirin Group’s Zero Harmful Drinking project aims to combat irresponsible drinking in all the regions it operates in while creating a positive drinking culture that can be sustained for generations to come. Kirin strives to fulfill these aims by understanding and valuing local attitudes, as well as producing different ways to educate responsible drinking according to each region. Kirin does this by creating more drinking options, such as non-alcoholic and low-alcoholic beverages, and by improving consumer acceptance towards these products. Kirin also encourages labeling alcohol content on beverages to ensure important information is visible at all times. Learn more about the CSV commitment of Lion, Australia below.

The majority of adults in Australia and New Zealand who drink do so safely and sociably. Indeed, irresponsible alcohol consumption in both countries has seen a downward trend for almost a decade, with underage drinking at its lowest level.
Nevertheless, alcohol misuse is still prevalent in today’s society and must be taken seriously. One of the biggest alcohol-related issues faced in Australia and New Zealand today is removing the perception that alcohol fuels antisocial behavior. Findings have actually revealed that the causes of such behavior are typically social and cultural, which means policymakers need to focus on social and cultural solutions. A recent report from Lion showed people who have a local place to drink in Australia are more trusting and satisfied with life, have broader friendship and support networks, feel less isolated, and identify more closely with their community. With this in mind, we actively support local solutions to local problems. For example, we participate in government-led strategies that deal with alcohol-related problems in local areas, such as violence and antisocial behavior. We also back local licensing laws to help maintain a more cohesive society.
Above all, alcohol regulation should be focused on unhealthy and harmful drinking, not on reducing consumption in general.

To create shared value for Lion and the communities we operate in, we help shape a positive drinking culture that brings people together in Australia and New Zealand. There are numerous ways we do so, such as offering lower-alcohol options that don’t compromise on flavor and quality. And through our marketing campaigns, we consistently promote responsible drinking and encourage people to savor the experience rather than drinking purely for the effect.
We also invest in initiatives and partnerships that improve drinking behavior and attitudes. This includes our partnerships with DrinkWise Australia and Cheers! New Zealand.
DrinkWise Australia is an independent not-for-profit organization that aims to address alcohol misuse and underage drinking. Lion is the largest investor in the organization and contributes annually to high-profile campaigns. Cheers! New Zealand aims to help New Zealanders understand the causes and effects of their drinking behavior and make smarter choices as a consequence. Our online interactive training program, “Alcohol & Me,” reinforces this goal and is now used in workplaces across New Zealand.
Educating consumers on the risks of alcohol is one of our priorities, which is why all our labels include the message that it is safest not to drink alcohol while pregnant. Our labels also display easy-to-understand symbols that indicate the amount of alcohol contained in each beverage, enabling drinkers to keep track of how much they are consuming.
Ultimately, our goal to create a more responsible and social drinking environment is driven by our determination to address and alleviate social isolation. We want our products to be at the center of life’s sociable moments. By supporting those moments and breaking down barriers, we can create a world where people live and work in communities which take care of each other and our environment. 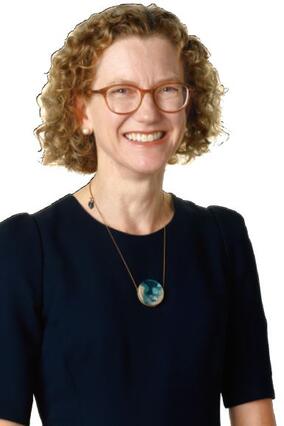 Libby Davidson joined Lion in 2005 and has gained experience over the past 14 years in a wide range of operations, including legal affairs, client relations, mergers and acquisitions, and corporate governance. At present, she concurrently serves as a sustainability director and plays an important role in responsible drinking awareness campaigns while executing numerous innovative initiatives.

Confronting alcohol-related problems is a global challenge. In 2015, the United Nations included the prevention of harmful use of alcohol in the Sustainable Development Goals. In that context, the Kirin Group joined the International Alliance for Responsible Drinking (IARD), an international NPO, through which it is working together with major alcohol producers from around the world to promote responsible drinking and reduce harmful drinking.
In September 2018, the CEOs of each member company gathered in Paris and announced a new initiative: through a cooperative agreement with the social media services Facebook, Instagram, Google, YouTube, Twitter, and Snapchat, alcohol ads would not be shown to users who are not of legal drinking age, while adult users would be given the choice to have alcohol ads appear or not.