3.4 Actions regarding containers and packaging

As one of its environmental initiatives, the Kirin Group established the Kirin Group Plastic Policy in February 2019 and then launched its Plastic Strategy Project. The Group is aiming to increase the amount of recycled plastic used in its polyethylene terephthalate (PET) beverage bottles sold in Japan to 50% by 2027. To achieve this goal, it will make use of the extensive expertise of the Institute for Packaging Innovation, which conducts R&D on technologies related to alcoholic and non-alcoholic beverage containers and packaging.
About 80% of product containers sold by Kirin Beverage Company, Ltd., which operates the Group’s Japan Non-alcoholic Beverages Business, are made of PET, a type of plastic that has been attracting considerable attention in recent years. Kirin Beverage, especially, has been actively working to use recycled plastic in its PET bottles and reduce plastic usage.

Stepping up PET bottle recycling to achieve our 2027 target

In 2018, the percentage of recycled plastic used in the Kirin Group’s plastic beverage containers and packaging was only 2.2%. At that time, we did not think it was possible to greatly increase that percentage, mainly because boosting production of recycled PET bottles was diﬃcult as PET resin recycling companies in Japan had very limited production capacity.
Now, however, PET resin recycling companies in Japan plan to increase their production capacity starting from 2021. The Kirin Group has already realized a plan to procure a larger amount of recycled plastic, and to achieve the plan’s objectives, we drastically raised our target for increasing the percentage of recycled plastic usage by around 2023. We will work to increase the percentage of recycled plastic from 2023, as well, by collaborating with PET resin recycling companies.
In 2019, the year we established the Kirin Group Plastic Policy, the Group sold a green tea beverage, Kirin Nama-cha Decaf, in bottles made entirely of recycled plastic. That was the ﬁrst step toward achieving our target. Looking ahead, we intend to work together with government organizations and other companies in the industry to facilitate the collection of PET bottles for recycling. At the same time, we will conduct research and development on technologies for recycling PET bottles, utilizing the Group’s extensive biotechnologies and other capabilities. 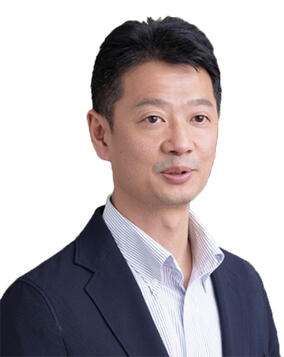 Hiroshi Kadowaki joined Kirin Beverage in 1994, and was involved in starting up production lines for small PET bottles at the company’s Shonan Factory in Japan and at the Vietnam Kirin Beverage Factory. Later, he moved to Kirin Holdings and worked in the Quality Assurance Department as well as other departments. Kadowaki was appointed to his current position in 2019, and in the Plastic Strategy Project, he is now mainly responsible for the recycling of PET bottle materials.

In addition to recycling, reducing the amount of plastic we use is essential for the sustainable usage of plastic materials. Accordingly, Kirin Beverage has been making continuous eﬀorts to reduce the weight of the PET bottles it produces.
In 2015, we developed a two-liter PET bottle weighing only 28.9 grams—the lightest in Japan—and used it for our ionized alkaline water product, Kirin Alkali Ion Water. We reduced the weight again in 2019, making the new bottle 55% lighter than PET bottles of the same size in 2000, which works out to a reduction of about 5,800 tons of PET resin usage per year (worth around 870 million yen). In 2020, we plan to upgrade the 1.5-liter PET bottle used for our tea lineup, Kirin Gogo-no-Kocha, for the ﬁrst time in a decade, replacing it with a new bottle that is 37% lighter than bottles in 2000. Likewise, the 500-milliliter bottle for the same product will be replaced with a new bottle that is 35% lighter compared with the weight in 2000.
Looking ahead, Kirin Beverage will continue working to steadily reduce the weight of its PET beverage bottles by making good use of new weight-reducing technologies researched and developed by the Institute for Packaging Innovation. 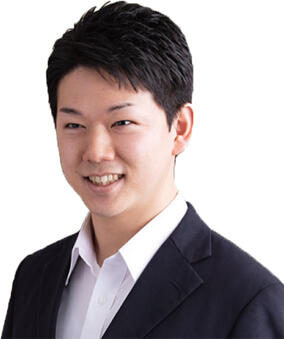 Tomoki Umehara joined Kirin Co., Ltd. (now Kirin Holdings Company, Limited) in 2016. He was appointed to his current position in 2019 after working at the Kirin Beverage Shiga Factory. In the Plastic Strategy Project, he is now mainly responsible for the recycling of PET bottle materials and ensuring more sustainable usage of raw materials.