Alcoholic beverages bring joy and pleasurable times to many people’s lives. For some people, however, drinking alcohol can be problematic for health-related or other reasons. The Kirin Group recognizes that it has a responsibility as an alcoholic beverage producer to help eliminate any harmful consumption of alcoholic products. Accordingly, the Group works together with communities and organizations around the world to eradicate and prevent alcohol-related problems. For example, the Group carries out educational programs on responsible drinking and proper drinking etiquette, sets and complies with strict and voluntary industry standards for advertising and marketing alcoholic products, and actively takes part in industry-wide initiatives in many countries of the world.

In line with these eﬀorts, Kirin Brewery is focusing on the development of non-alcohol and low-alcohol beverages, and has set the goal of increasing the sales volume of these products to 115% compared with its 2018 results by 2021.

Overview of the initiative

Kirin Brewery ﬁrst began developing a beer-ﬂavored beverage containing absolutely no alcohol in 2007. At that time, Japan was shaken by a series of serious traﬃc accidents caused by drunk drivers. In response, the government set much stricter penalties against driving under the inﬂuence of alcohol and also penalized businesses that serve alcoholic drinks to drivers.

In those days, several beer-ﬂavored beverages were already available in the market as non-alcoholic products, including Kirin-brand products, but all of them contained a small amount of alcohol. To produce a completely alcohol-free product, we decided to not adopt the conventional production method of that time, which was to use ﬂavorings to produce a beer taste without fermentation. Our development team was made up of a diverse group of members. After a process of trial and error, the team successfully developed the world’s ﬁrst 0.00% non-alcoholic beer and named it KIRIN FREE in 2009. Consumers immediately reacted very positively after the product was launched. Sales volume reached around four million cases annually in a market that had previously generated total annual sales of about 2.5 million cases. At the same time, the product created a new market for 0.00% non-alcoholic beer. We also collaborated with police departments in drunk driving prevention events and carried out promotional campaigns at highway service areas. Through those eﬀorts, we helped alleviate the problem of drinking and driving in Japan.

Growing the non-alcoholic beer market in response to consumer demand

Before KIRIN FREE went on sale, we assumed that consumers in Japan regarded non-alcoholic beer as a substitute for beer at times when drinking alcohol was not possible. Following the sales launch, however, many people started choosing this product for more positive reasons, saying it was helpful for staying healthy or suited their lifestyle. As Japanese society changed, with people becoming more health conscious and working under diverse job conditions, the beneﬁts of non-alcoholic beverages were recognized much more widely than we expected. Based on this trend, Kirin Brewery estimates that the domestic non-alcoholic beer market will grow by 1.5 times from 2019 to 2023.

At present, consumers generally want non-alcoholic beer to taste like beer and be a refreshing and healthy beverage. In response, Kirin Brewery worked to expand its product lineup. For health-conscious consumers, we released Kirin Perfect Free and KIRIN KARADA FREE as products with proven functional beneﬁts under the Japanese government’s food labeling system. For customers who want a full beer taste, we are oﬀering Kirin Zero Ichi (Non-alcohol), which is produced using the same methods as our big-selling KIRIN ICHIBAN. More recently, in response to consumers who want a refreshing taste, we began selling a new product in the spring of 2020 called Kirin GREEN’S FREE, based on the concept of a natural beer-ﬂavored carbonated beverage. 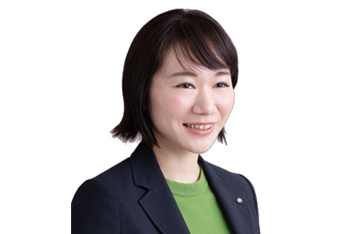 Ikuko Kubo joined Kirin Brewery in 2009 and was assigned to its Marketing Division in 2013. Since then, she has been involved in various promotional campaigns for new products, including Kirin Tanrei Platinum Double low-malt beer released in 2014 and Kirin Perfect Free non-alcoholic beer launched in 2015. Reﬂecting on her job, Kubo said, “When I was put in charge of non-alcoholic beer products, I took stock of my own life and I came to appreciate the many beneﬁts that these products have to oﬀer, such as how they allow us to feel good the next day after drinking and to enjoy good times with even more friends.”