Over its long history, Kirin has leveraged its technical expertise to offer consumers products with a variety of added value. By drawing on the fermentation technologies, biotechnologies, and mass production technologies cultivated in the beer business, we advanced into the pharmaceuticals business. Subsequently, Kyowa Hakko Kirin, which was created through a merger with Kyowa Hakko Co., Ltd., joined the Kirin Group. As a result, the Group has a wide range of technical expertise.
We are advancing the generation of innovation through effective, efficient R&D resulting from cross-over activities among the six laboratories of Kirin Company’s R&D Division and through R&D based on the self-initiative and mutual collaboration of the category-based and function-based organization, which is the characteristic structure of the R&D Division of Kyowa Hakko Kirin. Furthermore, we are taking on the challenge of creating value that is only available from the Kirin Group by combining the technologies and know-how of both companies.
We will further strengthen the technical expertise that is a strength of the Kirin Group and provide new value to society and consumers. 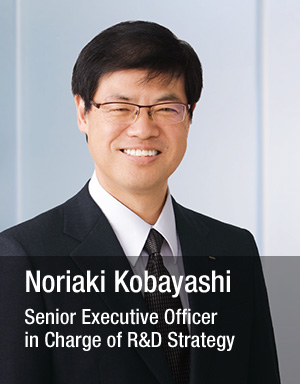 The Superiority of Kirin’s R&D Foundation

Kirin Company’s Research & Development Division conducts R&D with the aim of creating new value in fields centered on food and health and well-being. About 300 researchers reach beyond the walls that separate individual laboratories to combine technologies and ideas and aggressively introduce knowledge from inside and outside the Group. In this way, we are generating a wide range of innovation.
Leveraging our strengths, such as the Research Laboratories for Alcoholic Beverage Technologies, which has pilot plants that can accommodate test brewing of a diverse range of beer products, and the Research Laboratories for Packaging Technologies, which conducts in-house development and evaluation of containers and packaging, we rapidly incorporate the results of R&D initiatives into products and services.
We have cultivated strengths in our 10 major R&D technologies, and we draw on combinations of various technologies to leverage our strengths in order to create new value with a focus on the future.

Kyowa Hakko Kirin is making full use of original R&D capabilities and technical expertise in manufacturing that were cultivated in the field of biopharmaceuticals, as well as open innovation. In this way, the company is implementing new drug discovery activities, centered on four major modalities—therapeutic antibodies, small molecule drugs, nucleic acid drugs, and regenerative therapeutics. Aiming to continue to discover innovative drugs that address unmet medical needs and to be the first to launch them, Kyowa Hakko Kirin is advancing R&D under an integrated system that extends from discovery to development and post-marketing development with a special focus on nephrology, oncology, immunology and allergy, and the central nervous system.

To foster further collaboration between the alcoholic and nonalcoholic beverages businesses and the pharmaceuticals and bio-chemicals businesses, as well as to accelerate the creation of new value through combinations of the technologies possessed by each business, we have commenced initiatives to step up exchange among researchers from Kirin Company and the Kyowa Hakko Kirin Group. We will strive to make steady progress in the collaborative themes of both companies and to achieve concrete research results.
In addition, we will implement Open Innovation more aggressively to foster the development, application, and commercialization of promising technologies.

Selected component removal technologies, which are one of our major R&D technologies, are used to selectively remove only unnecessary components while maintaining flavor.
Kirin Tanrei Platinum Double, which utilized a world-first technology for the selected removal of the purine body content in happo-shu, has earned strong support from consumers, and sales in 2016 totaled 6.5 million cases, an increase of 6.6% year on year.
In addition, through the use of natural adsorbents that selectively adsorb caffeine, our technology for the removal of caffeine from tea while maintaining the flavor, aroma, and other elements of taste of green tea and black tea, received an award from the Japan Soft Drink Association at the 2016 Society of Soft Drink Technologists, Japan. This technology, which has been extended to Kirin Caffeine Zero Nama-cha (a renewal to Kirin Nama-cha Decaffeinated is planned for May 2017) and the Kirin Gogo-no-Kocha Kodawari Sozai series, is contributing to the creation of products that can be consumed with peace of mind by pregnant women and nursing mothers, small children, and other consumers.

Kyowa Hakko Kirin is developing KRN23 as a global strategic product that will drive gains in global competitiveness. The development of KRN23 began with research focused on phosphorus metabolism.*1 The company subsequently discovered FGF23, a factor involved in diseases such as tumor-induced osteomalacia and X-linked hypophosphatemia (XLH).*2 Utilizing its unique antibody technology, Kyowa Hakko Kirin created KRN23, an antibody that inhibits the activity of FGF23. Kyowa Hakko Kirin not only recognized the scientific significance of the discovery of FGF23 but also created therapeutic candidate KRN23 by utilizing antibody technology. This action was based on the desire of the company to develop novel drugs needed by patients suffering from diseases. In order to achieve sustainable growth in overseas markets, Kyowa Hakko Kirin is advancing Global Phase III Clinical Trials of KRN23 for XLH in such countries as the U.S., Europe, Japan, and South Korea. 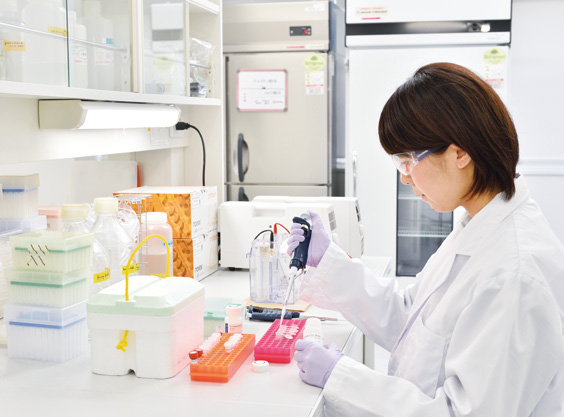