During Japan's period of rapid economic growth from the 1950s to 1970s, Kirin Brewery Co., Ltd., greatly expanded its production, sales, and deliveries of beer. It also expanded operations to include a soft drink business in 1963 and a whiskey business in 1972. By the 1970s, the company had secured a market share of about 60% for its Kirin-brand beer, produced by its network of 12 breweries across the country. 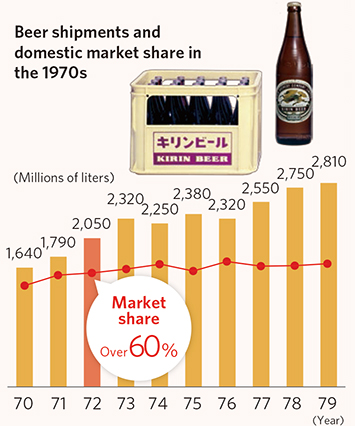 In the 1980s, the Kirin Group expanded into the life sciences industry and established a full-fledged pharmaceuticals business. In order to diversify its operations further, Kirin took steps toward creating a new company image while improving its corporate structure. 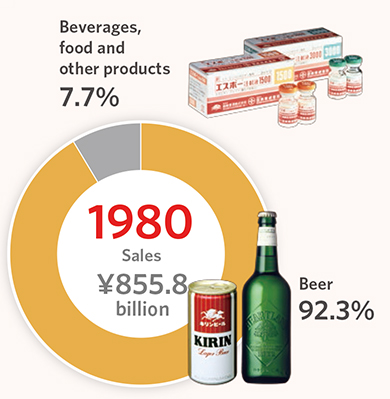 The launch of Kirin Holdings

Aiming to be a leading company in Asia and Oceania, Kirin Holdings set up subsidiaries in various countries including Australia, China, the Philippines, and Myanmar. It also launched Kyowa Hakko Kirin Co., Ltd., in 2008 as a pharmaceutical and biochemical business, which is applying biotechnology in an effort to develop global pharmaceutical products. 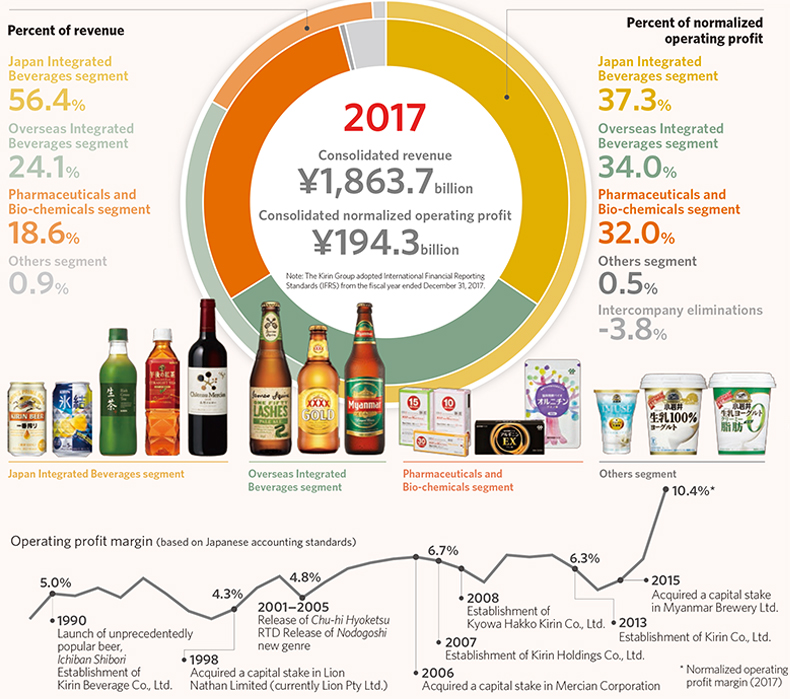 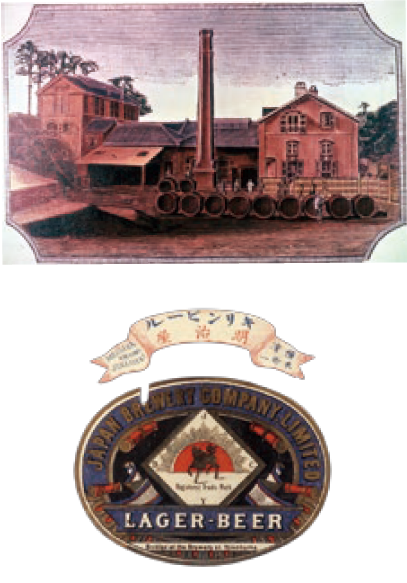 Japan Brewery Co., Ltd., was set up in 1885 by a number of foreign residents in Yokohama's Yamate district, who envisioned great promise for a beer industry in Japan. To produce a genuine German-style beer that suited the tastes of Japanese consumers, they imported ingredients and brewing equipment from Germany and hired a qualified German brewmaster. Kirin beer was sold in 1888 with a label featuring a kirin, a legendary creature from ancient Chinese myths that is said to be a harbinger of good luck.

Japan's beer industry entered a time of intense competition after the turn of the century. In that context, a group representing the Iwasaki family and the companies Mitsubishi and Meidi-Ya took over Japan Brewery and, while leaving the brewery's operations intact, established Kirin Brewery Company in 1907. The new company's Articles of Incorporation declared an ambition to do business over the next 100 years. 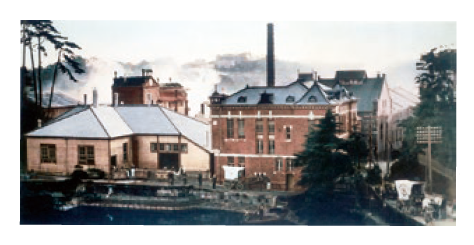