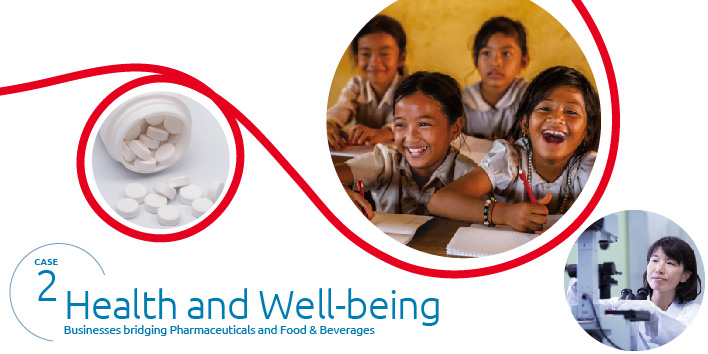 The Kirin Group has expanded its alcoholic and non-alcoholic beverage businesses in the food industry and its pharmaceuticals business in the healthcare industry. Leveraging synergies in these two business areas, the Group has launched a new business “bridging pharmaceuticals and food & beverages” in an effort to create new value. Recognizing that healthcare needs are not being fully met by current medical and food products, the Group is aiming to establish this new business a pillar of its continuous growth.
Specifically, the Kirin Group is proceeding to develop and supply functional healthcare products with scientifically proven benefits by applying its expertise and technological assets as well as by collaborating with academic research institutes around the world. By 2021, it aims to make these products available in five countries with a combined population of 650 million people. The countries include Japan, Vietnam, other countries in Southeast Asia, and countries in North America. One of the product ingredients that has been developed is Lactococcus lactis strain Plasma. 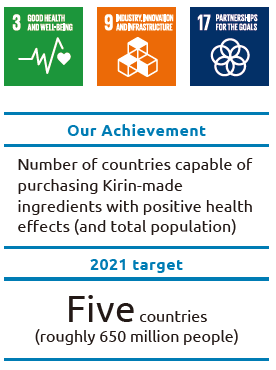 Ensuring that one does not become ill is a fundamental aspect of quality of life (QOL). With that in mind, there are many possibilities for the beverages and food we consume in our daily lives. Our Health Science Department has been exploring such possibilities.
The scientific basis of many so-called “health food” products is unclear. In contrast, mechanisms of action* of ingredients are the basis of our products, and we commercialize them after demonstrating statistically significant benefits through trials on human subjects. Generally, such evidence is difficult to demonstrate because the efficacy of health food products is mild compared with pharmaceuticals. Nevertheless, we have conducted medically advanced studies utilizing the Group’s strengths including Kyowa Hakko Kirin’s medical expertise. In addition to collaborative projects with academic research institutes, we have put assets and systems in place for linking research results to business creation. One outcome of this is Lactococcus lactis strain Plasma.

The unique beneficial feature of Lactococcus lactis strain Plasma is that it directly activates plasmacytoid dendritic cells, which act like the “commander-in-chief” of the immune system with respect to protecting the body from viral infections. Our discovery of this activation was a world-first. Our accumulated findings have been critically acclaimed by various medical societies around the world.
The Kirin Group has already launched numerous products made with Lactococcus lactis strain Plasma, and begun licensing it to companies outside the Group. In order to ensure that the benefits of Lactococcus lactis strain Plasma will be widely understood and made available to broader range of people, we are providing scientific information and providing the Lactococcus lactis strain Plasma products to healthcare professionals, such as medical doctors, pharmacists, nurses, and nutritionists, who can understand and share its scientifically proven benefits.
The Group is also globally developing products that use various other healthy functional ingredients, such as ornithine, glutathione, and citicoline. Our department will play a major role in developing and launching new businesses that are relevant to social issues related to health and well-being, while focusing on ways to improve the QOL of people around the world. 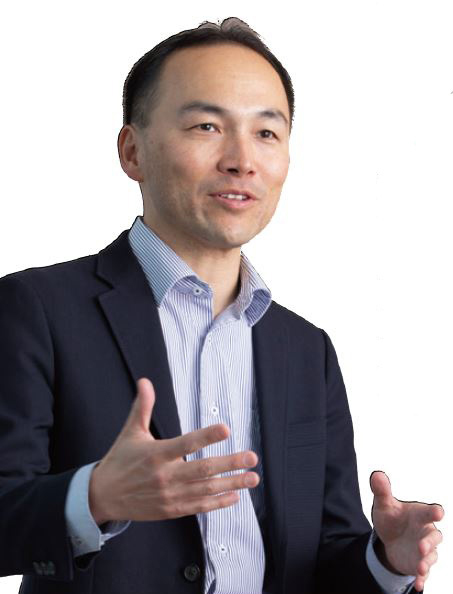 Tomomasa Yagisawa joined Kyowa Hakko Kogyo(Current Kyowa Kirin), in 1997 as a medical representative. After studying strategic management in the United States, he was put in charge of product strategies and assigned as a product manager for the North American market. After the company was re-established as Kyowa Hakko Kirin, he was put in charge of human resource development for the entire Kyowa Hakko Kirin Group and the international pharmaceutical business.
Mr. Yagisawa was seconded to Kirin Holdings in 2013, where he examined new healthcare businesses after gaining experience in overseeing management strategies for the Kirin Group as a whole.
In 2016, he started up the Healthcare Professional Business in the Business Creation Department* of Kirin Company.

In October 2018, Kirin Holdings and Mitsui & Co., Ltd., jointly invested in the holding company of Thorne Research, Inc., which has a strong business base as a developer, manufacturer, and supplier of high-quality supplements backed by extensive scientific evidence. Its highly functional supplements are made with ingredients that have better potency, absorption, and digestibility, and are primarily sold in the U.S.’s growing supplement market through healthcare practitioners and online retailers, a rapidly expanding sales channel. Thorne Research specializes in clean supplements that do not contain any harmful or unnecessary ingredients, as compiled in its “No” List. Through this partnership, the Kirin Group aims to enhance the corporate value of Thorne Research’s business with collaborative activities such as new product development and further expand its business into other markets, such as Japan.
The Thorne “No” List: https://www.thorne.com/thorne-no-list

U.S. Supplement Sales and Forecast by Channel from 2011 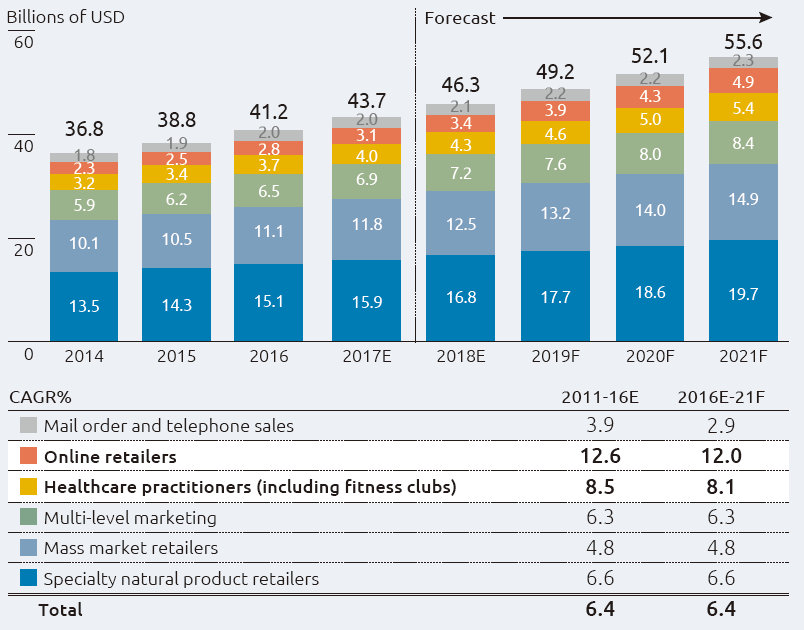