Developing unique pharmaceuticals to bring relief to patients around the world

In accordance with its CSV Commitment in the ﬁeld of health and well-being, the Kirin Group is working to continuously create ground-breaking new drugs and promote advancements in medical treatments. In line with that commitment, Kyowa Kirin has set the goal of marketing at least three new independently developed pharmaceutical products in over 50 countries.
In 2019, the company gained approval from the U.S. Food and Drug Administration to sell istradefylline as a treatment for Parkinson’s disease under the brand name NOURIANZ™. Kyowa Kirin has been selling istradefylline in Japan under the brand name NOURIAST® since May 2013, and has accelerated its availability globally as a new alternative for treating Parkinson’s disease.

A novel Parkinson’s treatment launches in the US

Today, there are approximately 1 million patients in the US with Parkinson’s disease. Existing therapies in the US focus primarily on dopamine replacement or preservation, achieved with levodopa/carbidopa and other dopaminergic adjunct treatments. NOURIANZ™ (istradefylline) works diﬀerently. It is the ﬁrst approved adenosine A2A receptor antagonist. “It’s exciting to launch a medicine with a new mechanism of action (MOA),” said Mr. Paolillo. “We believe this drug represents a real pharmacological innovation for treating Parkinson’s disease.”
“We want to educate all our stakeholders about NOURIANZ™. To do so, we are working with several well-established patient advocacy groups, who serve as a trusted source for unbiased product information and education programs that empower the community.”
In addition to community outreach, the US team is working to ensure patient access, and to focus its sales teams on engaging the 6,400 movement disorder specialists and neurologists that prescribe 80% of the branded Parkinson’s disease medicines.
Kyowa Kirin works hard to emphasize teamwork and bridge distances between divisions and aﬃliates worldwide to achieve seamless cooperation. “In launching NOURIANZ™, the US team has relied on our Japanese sales, marketing, and medical colleagues to educate us on the product and the current state of the disease,” said Mr. Paolillo. “The development teams in Princeton, New Jersey and Japan have also proved to be excellent partners while securing FDA approval with a complex submission package.” 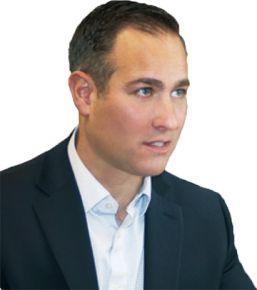 Parkinson’s disease is known as a condition in which there is a reduced amount of dopamine, a neurotransmitter in the human brain that is important for controlling bodily movement. Therefore, Parkinson’s disease treatments generally use medications that compensate for the lack of dopamine and its function in the brain. Unfortunately, however, patients experience “oﬀ” episodes when these drugs lose their eﬀectiveness over time as the disease progresses.
Kyowa Kirin’s drug, istradefylline, has been shown to be highly eﬀective in alleviating these oﬀ episodes. The drug is unique in the world, as its mechanism of action inhibits adenosine A2A receptors, which help maintain a balance in the action of dopamine. Kyowa Kirin developed the drug by drawing from its extensive R&D resources, including a substantial chemical library. The mechanism of action had never been known before, so a considerable amount of time was needed to gain approval from relevant authorities. Eventually, however, istradefylline was approved as a new drug after clinical trials were replicated and data was accumulated. Today, istradefylline is well-known in healthcare communities in Japan and its sales have grown to around 10 billion yen annually.
Istradefylline has been approved in the United States and is now undergoing the approval process in the European Union. We are aiming to raise the drug’s proﬁle in the global market for Parkinson’s disease treatment, which is valued at around 240 billion yen.

Kyowa Kirin is currently developing a new treatment for Parkinson’s disease, provisionally named KW-6356 (its development code). Just like istradefylline, KW-6356 is a compound that has a strong aﬃnity with adenosine A2A receptors and selectively inhibits the actions of those receptors. While istradefylline is used to alleviate oﬀ episodes in combination with dopamine-related medicines, KW-6356 could be used as a single treatment for improving movements of Parkinson’s disease patients. In phase II clinical trials, its eﬀectiveness as a single therapy has already been demonstrated on patients in the early stages of the disease. If our development is successful, the drug may have the potential to be used not only in combination with dopamine-based treatments but also as a monotherapy.
Kyowa Kirin is carrying out several projects aimed at developing eﬀective drugs that have completely new mechanisms of action. Looking ahead, as a global specialty pharmaceutical company, we will work with professionals in the healthcare industry to develop highly unique products. Indeed, we are aspiring to create innovative pharmaceutical products that greatly change currently used treatment methods and substantially improve patients’ quality of life. 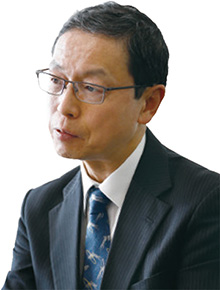 Mitsuo Satoh joined the company’s predecessor, Kyowa Hakko Kogyo Co., Ltd., in 1987. Since then, he has played a leading role in immunology- and allergy-related R&D, and was in charge of the company’s antibody research laboratory and R&D Division. He is currently overseeing business growth as a director in charge of the Medical Aﬀairs Department.

Kyowa Kirin North America is working with Parkinson & Movement Disorder Alliance (PMD Alliance), a nonproﬁt organization dedicated to working with stakeholders to bring education and connection to people impacted by Parkinson’s disease and other movement disorders. Its national services include workshops, resources, and retreats for care partners, families, support group leaders, and staﬀ in facilities that care for people with Parkinson’s disease. PMD Alliance programs and events deliver on its motto, “First you, then the disease”, by emphasizing resilience, self-conﬁdence, and connection. The information and programs provided by the group not only help people learn about treatments, but also give them the tools and conﬁdence they need to talk with their physicians. “When people with Parkinson’s and care partners are prepared for conversations with their providers, everyone wins,” says Sarah Jones, MPA, CEO of PMD Alliance.